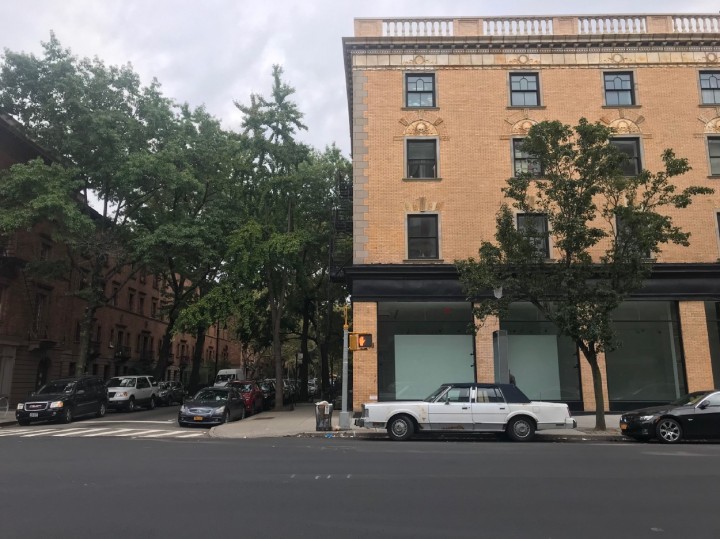 In September 2019, I visited the Big Apple for the first time with my best friend. As you’ll know by now, we stayed in Harlem for the week we were there.

Some time after the trip I decided to write a blogpost on Medium about the experience, which you can read here:

What I learnt from my short stint in Harlem

Months on, I’ve reflected on the piece and decided that, while my review was practically glowing and I would recommend the area to anyone visiting New York, I didn’t pay much consideration to the effects of gentrification on the area.

From what I saw of West Harlem, it was no different to any area I’ve been to in that you see sights here that you see everywhere: couples, kids, friends, bars, corner shops… It’s a place with a poor reputation that it doesn’t live up to. I hasten to add that people are proud to be from Harlem. The district got a lot of bad press in the past due to it’s underground gambling scene amongst other things, but these haven’t been relevant concerns for at least 20+ years. Middle class families moved out of the area in the 50s, and they’ve recently started moving back.

Gentrification by definition is when people of the middle class move into traditionally working class areas and change the character of that area.

I said it all in my last post, I loved it there. But perhaps we only enjoyed it so much because gentrification has made it easier for outsiders to come in and do so. While gentrification can be good in that redevelopments improve areas and the amenities within those areas, not everyone currently residing can afford to stay in a district where rents are soaring as a result of the improvements. Gentrification pushes residents out of their homes if they can’t afford to stay, and while some people will be able to reap the benefits of the process, others aren’t so fortunate. It’s a process viewed by gentrifiers as beneficial, but to whom? Outsiders coming in and changing the feel and tone of the neighbourhood is what people are mad about, if things need refurbishing, why not commission local labourers and businesspeople to build and develop?

Perhaps it would be more beneficial to market housing affordably, instead of using the work to justify increasing property value and rents tenfold. Maybe developments should benefit the people who built the community, rather than profiting off their loss.

Even though our stay was short, we saw that Harlem is steeped in cultural history and an ingrained sense of pride. But the area is changing.

Yeah, it’s great that there’s better policing of the area these days, but why did it take the middle class moving in for the police do their job?

What can we do?

People who are privileged enough to travel to these places have to tread the line between involving themselves with communities and not imposing on the lives of people within those communities. Integration isn’t what local people are annoyed about, rather, the systematic alteration of the history of their hometown.

Gentrification isn’t a process that can be stopped by one tourist’s will alone, it’s something which we can only be aware of and try and act accordingly. A lot of the things we did, we did because we wanted to have an authentic (at least, not super touristy) experience of Harlem, but a lot of the practices can serve to limit our contribution to gentrification. We should visit areas like Harlem because it’s rich in history, and it’s a side to NYC that isn’t (completely) saturated with tourists, but we should also be mindful that someone’s home isn’t a tourist attraction.

We stayed there because it was relatively cheap compared to Downtown Manhattan, and we stayed at an Airbnb that belonged to someone who was born and raised in Harlem. This is really important – developers move in, refurbish and capitalise on tourists who are willing to pay extortionate prices to stay in New York. Supporting locals by staying at their Airbnb listings is one way tourists can help to keep residents in their homes and able to pay rent.

Don’t go to chain supermarkets! You can get what you need from locally-owned supermarkets and stores that are dotted all over the neighbourhood you’re staying in. It’s also a good idea to eat out at similar places; you’ll find loads of authentic regional eateries where you can try foods you probably won’t be able to eat anywhere else. You can also do walking tours and bus tours of most famous cities and districts which will give you historical background about the areas.

I was fortunate enough to visit the Bronx on my second trip across the pond, which is a district where gentrification is imminent. I was also lucky enough to be visiting a friend who lives there, so I got to see a lot of spots that I otherwise wouldn’t have seen. We ate at local diners and restaurants, I bought food from local stores and businesses, and we drank at bars in the area instead of going into Manhattan (with the exception of one Irish bar up in Yonkers).

When visiting any big city, it’s important to do your research so we can all do our best to limit the damaging effects of gentrification.

5 thoughts on “My stay in Harlem: amended reflections on gentrification”